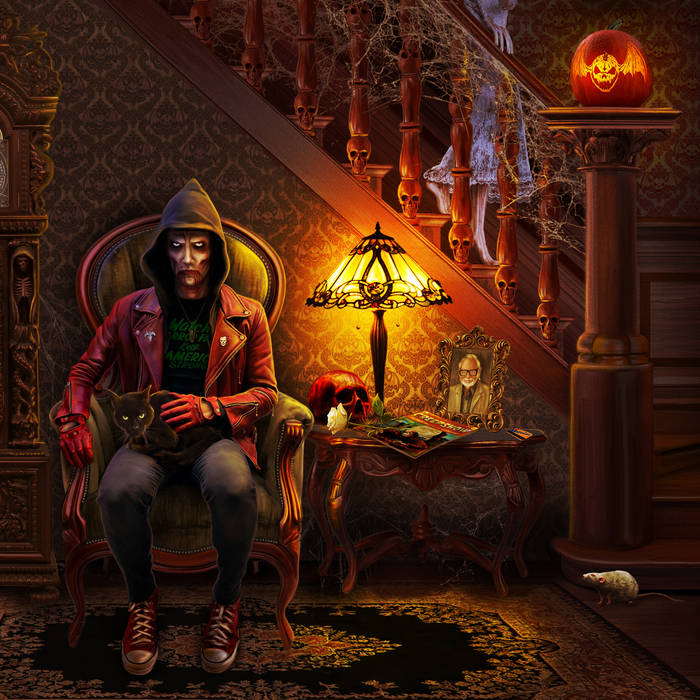 anathemicanthems My first instinct is to call this album “objectively beautiful.” The fact is, it’s so masterfully poignant that I’d be comfortable recommending it to anyone, no matter their level of familiarity with horror punk.

funeralpyre616 I miss Windhawk, but this this track will guide by dying heart. Favorite track: Wendigo.

Inspired by life (and death) in New York City, horror cinema, monsters, madmen and darkness...this is the third studio release from Shadow Windhawk and the Morticians. Featuring 9 tracks - coming to LE 12" Vinyl in early 2023, with new jacket artwork by Joel Robinson.

Dedicated to the memory of the dearly departed:
My grandparents - Rev. Dean Bailey and Janet J. Bailey;
My Auntie - Jill Bailey;
Godfather of the Dead - George A. Romero;
Our family dog Chancey and my beloved companion of ten years, Salem.

My love and adoration to those who supported the creation of these songs: